Yesterday afternoon, the historic “Silver Streak” model T arrived in Richmond to some fanfare as they drove down Main Street.

The story of this particular car and the young ladies who made history tooling around in it starting in 1932, is a fascinating one.   You can learn more about the adventures of The Silver Streak while it spends time through the spring and summer months at the Model T Museum.

After acquiring the 1926 Model T from her father, “Darlene Dorgan, in 1932, organized a summer vacation and invited several girl friends to join her on a trek to Devils Lake Wisconsin in 1934.   Seven more summer trips in the years 1936-1942 that would take these “twenty-something” year old girls through 44 states, Canada, and Mexico.  In all, 20 different gals would travel in that 1926 Model T from 1934 through 1942.  The car was nicknamed, “The Silver Streak”.  Most of the girls were from the community of Bradford, Illinois, or the surrounding farming area.  In the early years of their travels, they were called The Bradford Model T Girls.  Later the name “Gypsy Coeds” is a name they gave themselves, and it seemed to fit them well.  Darlene was the only voyager on all of 8 trips…. 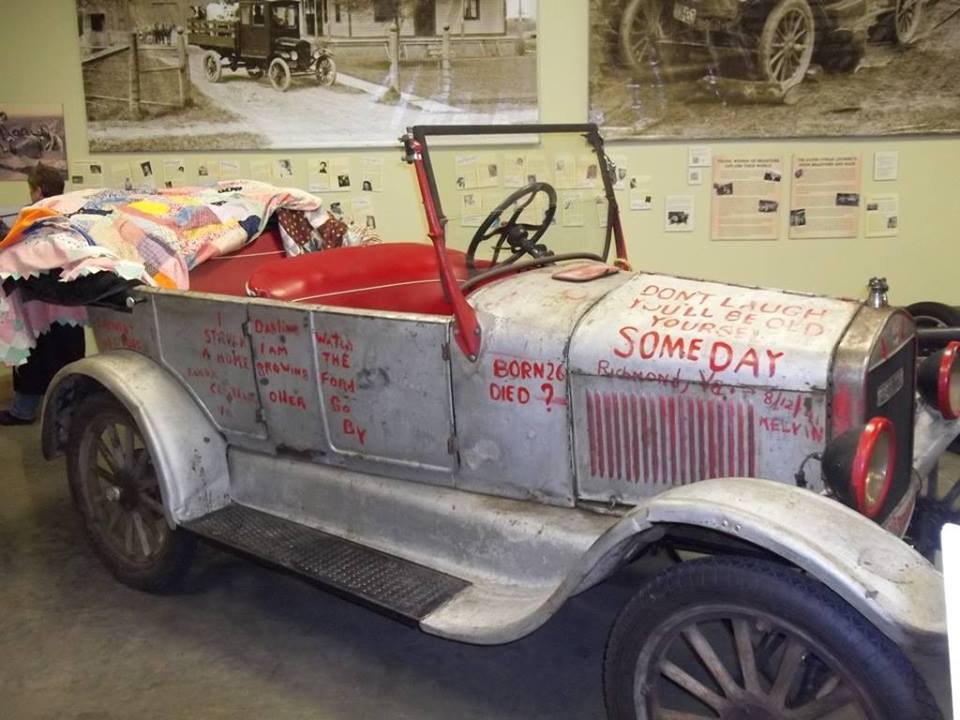 …Darlene had painted (the Model T) silver, and on each trip, hand painted signage, “Lizzie Labeling,” adorned the hood, fenders, and doors telling the story of where the car and the gals had traveled or would be traveling.  And oh the trips that car made!  Bradford, Illinois, to Devils Lake Wisconsin at 35 mph was nothing!  Following trips would include Toronto and Montreal Canada, Niagara Falls, Detroit, New York City, San Francisco, Los Angeles, New Orleans, Atlanta, Norfolk, Washington D.C., and Mexico.  Along the way the girls and the Silver Streak would make the acquaintance of movies stars and moguls, dignitaries and corporates leaders.  There was a special enduring relationship that developed between the girls and Henry Ford, who met with them more than once.”  (excerpt from the site “gypsycoeds.com“)

Stop by the Model T Museum soon to see this famous car in person!